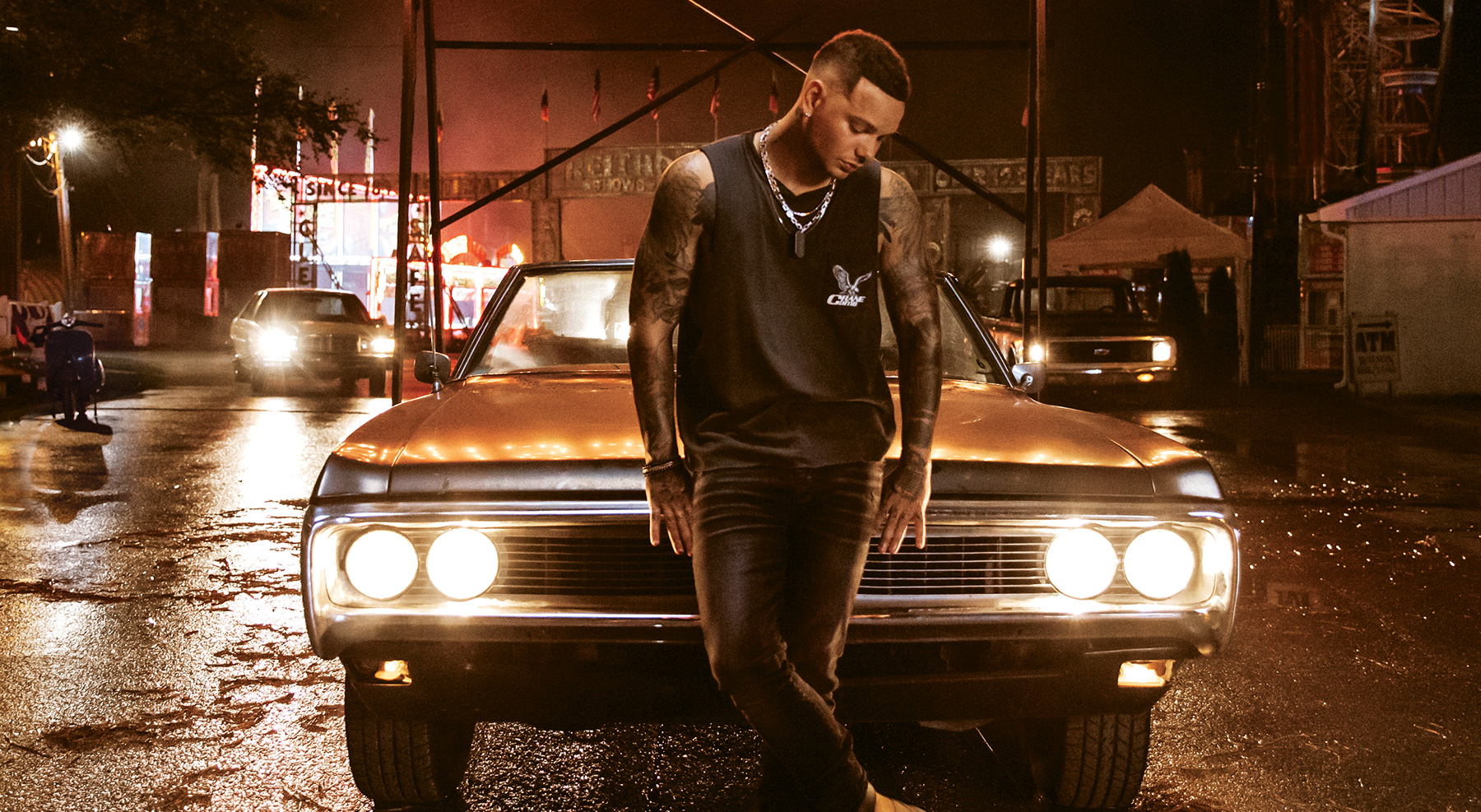 Rounding out the last few shows on the Blessed & Free Tour Fueled by @MarathonPetroCo. Win a trip to come see me on the road! https://kb.lnk.to/MarathonSweeps

Can't wait to be back @rodeohouston 🔥

Cause my love won’t leave you alone ❤️

Named to the 2021 Time100 list of the most influential people in the world, 5X American Music Award (AMA) winner Kane Brown continues to expand the perception of Country music and break musical boundaries. Noted as the “future of Country” (Billboard) and one of “31 People Changing the South” (Time), the chart-topping entertainer earned an ACM Album of the Year nomination for Mixtape Vol. 1, (2020) and won an ACM Video of the Year Award for his anthem “Worldwide Beautiful.”

Brown first broke through with his No. 1 self-titled debut album, which spent 13 weeks at the top of the chart and helped him become the first artist in Billboard history to top all 5 Billboard Country charts simultaneously. Brown’s “Heaven” and “What Ifs” are the 3rd and 7th most streamed country songs of all time. Brown’s sophomore album Experiment debuted No. 1 on the Billboard 200 and solidified Brown as the only male country artist in more than 24 years to achieve this all-genre chart feat. Experiment produced three back-to-back Double Platinum No. 1 hits and was ranked by The New York Times as one of the Top 10 Best Albums of the Year.

One of only 10 country artists to sell out Los Angeles’ famed STAPLES Center (recently renamed CRYPTO.com Arena), Brown recently repeated this milestone on his newly launched Blessed & Free headlining tour, where he is the first country artist to visit all NBA Arenas in one tour. Brown’s current top 10 and climbing hit, “One Mississippi” released on the heels of his three-time CMA nominated multi-week No. 1 single with Chris Young, “Famous Friends.” Brown recently released his latest collaboration, “Blessed & Free” with Grammy and Oscar Award winning artist, H.E.R. to critical acclaim from The New York Times, Billboard, Rolling Stone, American Songwriter and UPROXX.

Since the arrival of his self-titled, No. 1 Top Country Album in 2016, Kane Brown has ascended from social media notability to become one of country music’s most accomplished mainstays. The 4X AMA winner is the only artist in history to notch two titles in the genre’s Top 5 most-streamed songs of all time. “Heaven” and “What Ifs” featuring Lauren Alaina, the record-setting tracks from Kane Brown, are also certified 5X Platinum, making Kane one of only five country artist to achieve that certification twice (along with Luke Bryan, Florida Georgia Line, Sam Hunt, and Taylor Swift).

Following up his 2016 debut LP, which, alongside the two No. 1 singles mentioned above, made him the first performer ever to lead all five of Billboard’s main country charts simultaneously, Kane released Kane Brown Deluxe Edition in 2017. The long-player again debuted on top of Billboard’s Top Country Albums chart, climbed to No. 5 on the Billboard 200 chart, and is certified 2X Platinum.

With the chart-topping Billboard 200 release Experiment in Nov. 2018, Brown became the only male country artist in more than 24 years to have his sophomore album debut at the top of this chart. His Platinum-certified Experiment has yielded three consecutive No. 1 Platinum singles, “Homesick,” “Good As You” and “Lose It.” That same year, Associated Press named Kane Breakthrough Artist of the Year, and Time Magazine included him as one of “31 People Changing the South.”

In January 2019, Kane appeared on R&B star Khalid’s “Saturday Nights REMIX.” The crossover track anticipated his collaboration with famed DJ Marshmello, “One Thing Right,” which he dropped in June 2019. It reached the Top 15 hit at Top 40 radio, becoming Kane’s first single to achieve airplay beyond the country format. In October 2019, CMT named Kane an Artist of the Year alongside Dan + Shay, Luke Combs, Thomas Rhett, and Carrie Underwood.

The ACM, People’s Choice, iHeartRadio, CMT, and Billboard Music Awards-nominated singer continued his cross-genre collaborating with “Last Time I Say Sorry,” a duet with John Legend; the two share vocals on the song, which they co-wrote. Of the ballad, The New York Times commented, “Kane Brown softens the edges of his rich voice…with John Legend.”

In April 2020, Kane dropped “Cool Again,” which closed out that month as the most-added single at country radio and which Billboard called a “song of the summer.” He followed it with “Worldwide Beautiful” on June 4, two days after the music industry’s sector-wide #Blackout Tuesday. The ballad echoed with a message of acceptance and global peace, and it benefits Boys and Girls Club of America to advocate for justice and equality for the millions of youth. Kane made the national television debut of “Worldwide Beautiful” at the 2020 BET Awards alongside Grammy-nominated gospel singer, Jonathan McReynolds.

Most recently, Kane dropped “Be Like That,” a breezy pop crossover with Khalid and Grammy-nominated vocalist Swae Lee. The three new tracks offer another glimpse into the global entertainer’s singularly progressive sound and style, which Rolling Stone recently praised as a balance of “pop-leaning radio country, Randy Travis-inspired Nineties stylings, and pop-dominant R&B,” as he continues to shape the next generation of country music.